There has been widespread concern around "worryingly low" uptake of the COVID-19 vaccination in remote communities in the Northern Territory.

Although the NT was initially one of the fastest jurisdictions in the country to take up the vaccine, the impressive figures started to dwindle after a few months, especially in the areas which are considered to be the most vulnerable - the remote communities.

So, why is that the case?

Well, there are a lot of reasons.

The rollout is a bit more complicated

The NT's remote vaccine rollout is made a bit more complicated by the fact that a lot of the data about how it's progressing is still not available to the public, because those regions are serviced by Aboriginal Community Controlled Health Organisation (ACCHO).

ACCHOs were established in response to experiences of racism in mainstream health services and an unmet need for culturally safe and accessible primary health care for Aboriginal people. They operate independently of state and territory governments, and because of an agreement by the peak body for the NT's ACCHOs - the Aboriginal Medical Services Alliance NT (AMSANT) - the vaccination data for a significant number of remote communities is not available to anyone but the federal government.

Chief Minister Michael Gunner on Wednesday called on the federal government to share the data, saying "Because we don't have those numbers - we have to work on the assumption that they are low numbers."

"And because we don't have these numbers - we don't know what additional efforts, if any, we have to make in those communities at this stage."

He went on to name individual communities with a low uptake despite repeated visits from vaccination staff, before saying "I'm not singling this community out, I'm using it to illustrate the issue."

Why is the Commonwealth data not being released?

A federal health department spokesperson said that data from smaller communities was not being released "to ensure individuals' privacy is protected." 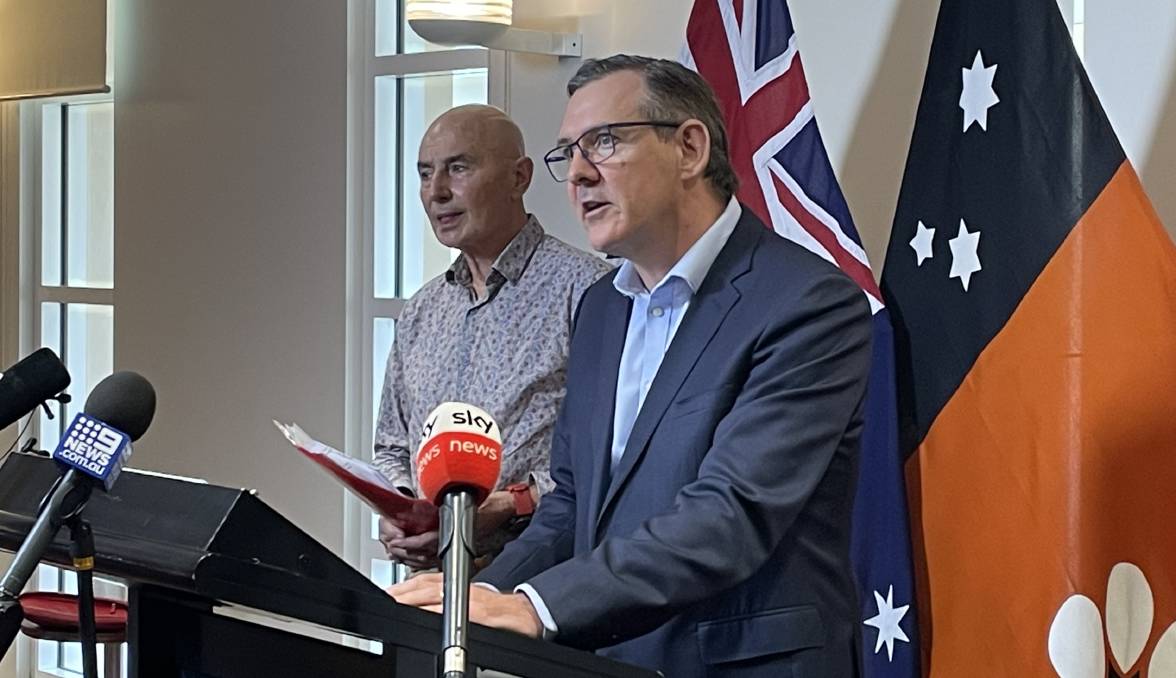 "This is a consistent approach across the Commonwealth to ensure that data privacy is upheld during public release of data," they said.

Singling out communities is not the answer

Sinon Cooney is the CEO of the Katherine West Health Board, an ACCHO which provides health care to communities across a 162,000 sq km region - as far west from Katherine as the WA border and as far south as the Tanami Desert.

Mr Cooney said the organisation had already been providing their data to the NT Government for the purpose of public health planning, but said that singling out individual communities was counterproductive.

"The general concern in our space is that it [the data] will be misused...in the media as a lever to criticise individual communities."

"We wouldn't share information so that someone could come and say 'You're the least vaccinated community, what's going on.' That wouldn't be fair to the community.

"It doesn't create an environment where people are more likely to get vaccinated, it creates concern that they're being criticised for something."

There are cultural differences at play

He said there are specific challenges around combatting vaccine hesitancy in remote communities that the rest of the country doesn't necessarily understand.

"We need to be respectful of the fact that people will take time to understand because it's new in their mind," he said.

"We're dealing with people who already have a lot going on...the impacts of trauma and colonisation.

"There's a myriad of challenges and reducing it down to taking the vaccine or not is quite simplistic."

"It's not just from church groups, there is broad scale misinformation. I'm told a lot that TikTok is a pretty consistent source of misinformation," he said.

"It's a difficult space if health literacy is a challenge and people are absorbing stuff from TikTok." 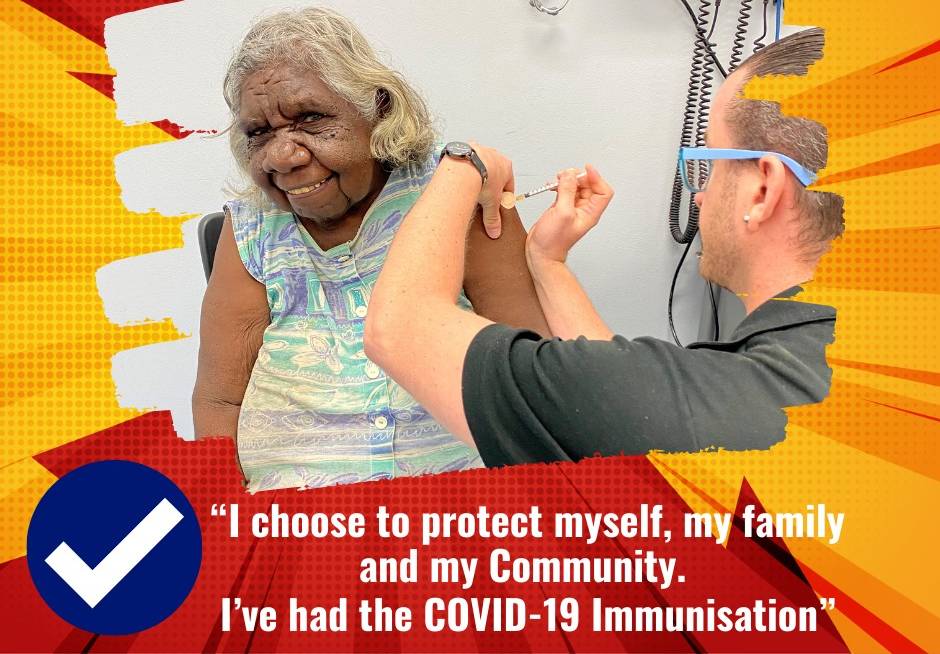 He said the slow rollout of the vaccine on a federal level and the lack of COVID outbreaks in the NT became the perfect storm for stubborn vaccine hesitancy.

"That kind of meant a lot of the misinformation was fairly deeply embedded by the time we actually got out there to administer the vaccines.

"While people were really scared about COVID early on, as time's gone by, fear of vaccination has overtaken it because the risk of COVID is low or non-existent."

Moving forward, ACCHOs and the NT Government alike have grave concerns around what the coming weeks and months could look like.

Fighting back tears at a press conference on Wednesday, the NT's Chief Health Officer Hugh Heggie talked about "worst case scenario" planning that was underway, including the potential use of shipping containers and meatworks as mass mortuaries in communities with low vaccination rates.

Primary Health Care Operations Manager Antony King for another ACCHO in the region, Wurli-Wurlinjang Aboriginal Health Service, said they know that the impacts of the virus could be catastrophic.

"I think he's [Dr Heggie] right and we need to prepare for that," he said.

He said modelling was underway which predicts unprecedented demand on health services.

"They're also predicting that people will die," Mr King said.

"There will be some grief."

With Wurli-Wurlinjang offering supermarket vouchers as an incentive to their clients for getting the jab, ACCHOs across the Territory are doing what they can, with the knowledge of what's best for their people, to protect them as much as possible.

"Like everything we do, going out and telling people to do it isn't the best measure," Mr Cooney said.

"It's about meeting people where they're at.

"All we can do is try to keep the right information in their hands."

If you are seeing this message you are a loyal digital subscriber to The Katherine Times, as we made this story available only to subscribers. Thank you very much for your support and allowing us to continue telling your stories. We appreciate your support of journalism in our great area.

DO YOU HAVE SOMETHING TO SAY?: Send letters to the editor or story tips to editor.kathtimes@austcommunitymedia.com.au

This story Why is there so much vaccine hesitancy in the NT's remote Aboriginal communities? first appeared on Katherine Times.