Dylan Thomas doesn't dream of going too far once lockdown ends - just down to Dicey Riley's on Crown St to sing his usual number - Tracy Chapman's Give Me One Reason - at Wednesday night karaoke.

But for now, even a humble dream feels a world away.

Lockdown has been an inconvenience for many. For Mr Thomas, who is homeless, beset by medical problems and who has an intellectual disability, it has thrown an already complicated existence into total disarray.

The support services he relied on for help with groceries, cleaning and doctors' appointments vanished when the workers were no longer able to visit. His arthritis flared due to missed medical appointments, so he couldn't walk at all and had to be hospitalised.

The 33-year-old can't return to the emergency accommodation he had at Wollongong's Piccadilly Motor Inn because that place - with its close confines and communal kitchen - has birthed a COVID-19 cluster and is under day-and-night police guard, with no one allowed in or out.

As a close contact to COVID-positive residents, he now has to stay isolated at Wollongong Hospital for two weeks, alone in his room.

"They [clinicians] have hardly done anything for this flare-up because [the specialist] can't come into the room," he said.

"With all my meals, they put them on a trolley and push the trolley into the room. It's like I'm a caged animal."

Mr Thomas received his first dose of vaccine only on Thursday, after weeks of ringing around trying to find a place that would give him the jab.

With the Piccadilly one of two Wollongong refuges now locked down under guard, and the Illawarra a noted problem child for stubbornly rising or stagnating COVID case numbers, he questions why the region's most vulnerable weren't made a priority in the vaccination rollout.

"The homeless should have been on there straight up, because they're living out on the streets, they're living in homeless shelters and the conditions of some of them mean they're really close together," he said.

According to Mr Thomas, who has been on the waiting list for social housing for two years, the pandemic has worsened the uncertainty of homelessness, "big time"

Not many agents are offering inspections of the scant few rental properties on the market, and there is no one to help him with arranging and attending viewings.

"I can't keep relying on my friends to let me stay at their place. You only get a certain amount of time to stay in emergency accommodation. You think to yourself, that's up now, what avenue do I take now?" 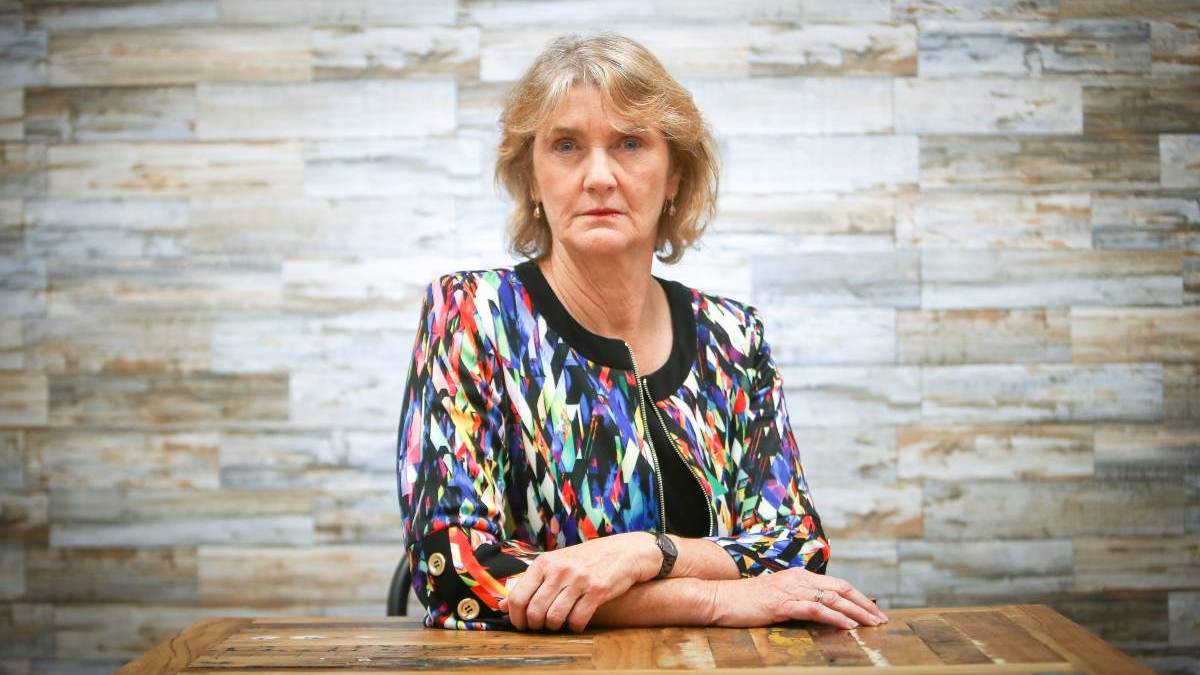 Housing Trust CEO Michele Adair has seen how the pandemic has intensified a gaping, longstanding shortfall in the region's supply of affordable housing, one she says governments at all levels have failed to address.

Before COVID, there were more than 10,000 Illawarra households in housing stress. Job losses and reduced work hours had since pushed more over the brink, into homelessness, Ms Adair said.

"This is decades of neglect coming to the surface," she said.

"In some industries, we won't see recovery at all. So when that's happened as a direct consequence of COVID, in parallel with the most extraordinary increases in rents and a lack of vacancies - we have virtually no vacancies in properties, regardless of the price range - the shortfall in affordable housing is increasingly touching our families and friends."

Anglicare Sydney's latest rental affordability snapshot, taken on the March 27-28 weekend, found there were only three affordable and appropriate (costing 30 per cent or less of income) properties in the Illawarra for people living on government benefits.

Meantime, there are about 3500 people on the region's social housing waiting list, with waits estimated at 5-10 years, at best.

"The government stops counting after 10 years. If you are an older person, like the vast majority of people living in social housing ... you will probably die waiting for a home."

Despite 13 weeks of lockdown, there were another 65 cases of the virus in the Illawarra Shoalhaven on Wednesday.

Wollongong refuges became the focus of public health and police attention after a run of high numbers over the past fortnight.

Analysis on Wednesday, when total cases grew to 356 in Wollongong and 191 in Shellharbour, shows one in every 617 Wollongong residents and one in every 391 Shellharbour residents now have the virus, bringing both cities well within the one-in-2500 rate considered to exist when spread of the virus reaches "friend of a friend" levels. 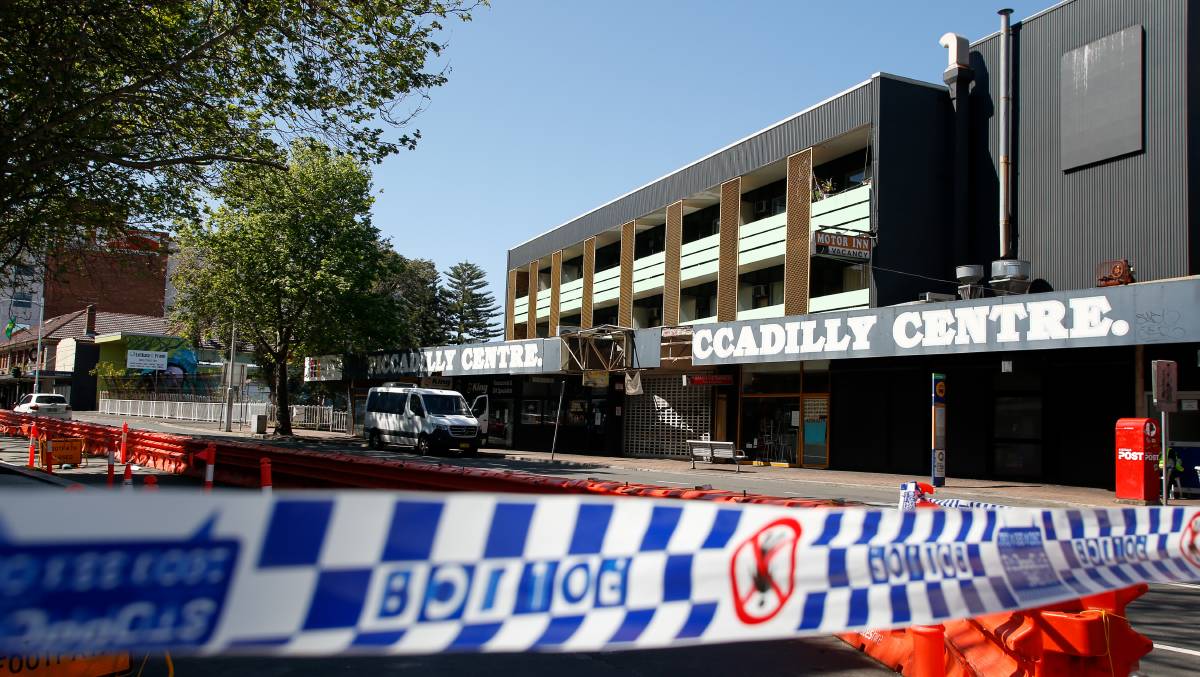 Advocates months ago began sounding the alarm bell about the consequences of failing to vaccinate in homeless and other vulnerable populations.

"There are people living in precarious, frankly sometimes sub-standard housing arrangements," Ms Adair said. "All of the very old government housing blocks we have here - all through Warrawong, Bellambi, Mangerton - those are really very inadequate housing solutions.

"We know that confined spaces, lack of balconies and higher density with minimal amenity - architectural designs that would simply never be built today - those problems are simply exacerbating [COVID risk]."

"When someone in a really inappropriately designed or high-density residential environment happens to test positive, of course that increases the risk to their neighbours."

From next week, the Housing Trust is partnering with a health provider to provide vaccines to its tenants and staff. The clinic will be at a Wollongong location on Thursday and Friday, with clients offered transport there and back. About 240 people have registered to attend.

Ms Adair notes it hasn't been made easy enough for vulnerable groups to access the vaccine.

"Part of that was because there was very slow access to vaccinations for all of us," she said.

"We have had to learn from places in south-west Sydney and certainly overseas, that when you have vulnerable communities - whether because of their living situation or because of cultural background - the best way to reach them is to take the vaccinations to them."

"For those particularly vulnerable people who often live with significant fear and trauma, it is important to find the people they have trusted relationships with [to facilitate vaccination], like our staff, because a lot of these people from when they were really little kids, they've really been let down by the system." 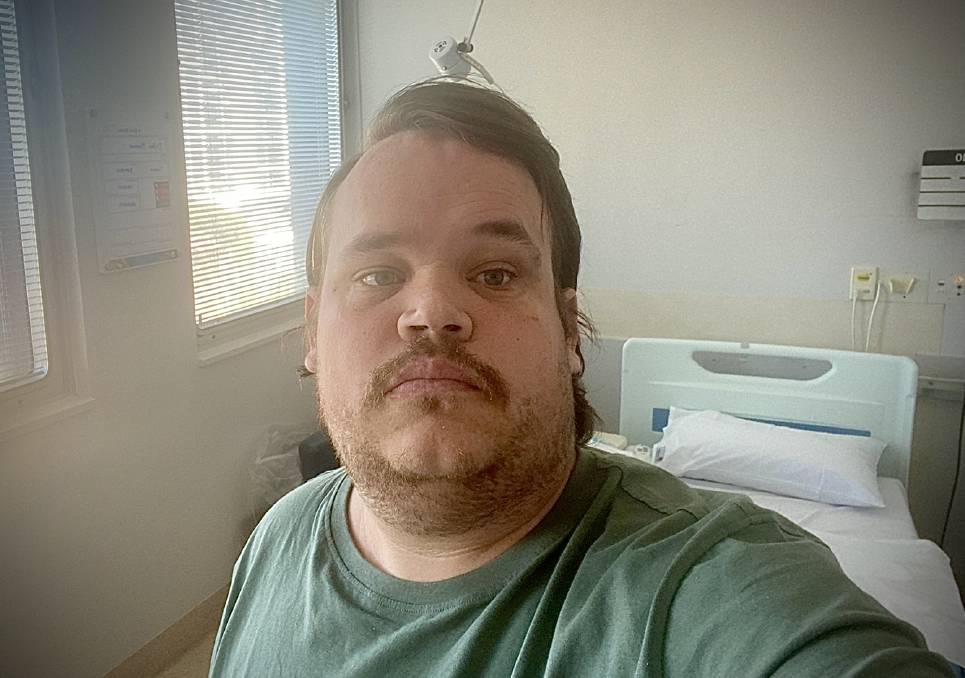 Dylan Thomas, pictured in his room at Wollongong Hospital, is unable to return to pandemic-hit emergency housing at the closed Piccadilly Motor Inn.

On Wednesday, after five days already the subject of a "multi-agency" police/health response, NSW's deputy chief health officer placed Piccadilly Motor Inn into under-guard lockdown, heralding tighter restrictions and an extended two-week isolation period for residents of 34 rooms, three of whom had tested positive for COVID.

It joins an apartment building in Keira Street, which includes emergency accommodation for the homeless, as a declared a high-risk premises. The Keira St complex was locked down under police and security guard on September 17, after 11 cases were detected.

On Thursday another two cases were reported at Keira St, and another one at the Piccadilly.

This story How leaving our homeless behind becomes everyone's problem in a pandemic first appeared on Illawarra Mercury.