Former Fire and Rescue NSW commissioner Greg Mullins has put pen to paper to tell of his experiences coming face-to-face with the devastating megablazes of the 2019-2020 bushfire season.

His book, Firestorm chronicles his lifetime on the firefront, starting with his experience is a 12-year-old fighting fires alongside his father in the north Sydney fire brigade.

"We were surrounded by bushlands, it was a semi-rural setting with market gardens and most summers there were bushfires," Mr Mullins said.

"When the fires were around, Dad wasn't because the fire station was just over the road and he was a volunteer firefighter. So I was fascinated by fire for as far back as I could remember, and I just wanted to get on the truck with Dad."

At the age of 13, the budding firefighter officially joined the fire brigade as a volunteer, and begun observing weather patterns to predict the severity of the seasons.

"Mum in particular taught me how the bush needed fire to survive," he said.

"We need it for a lot of plant species, and even some animals, to survive. I found that fascinating.

"Dad explained to me how fires moved faster up hill and how even if it's not hot, if it's windy the fire can move quickly so I listened to that and became a bit of an amateur meteorologist even at that age." 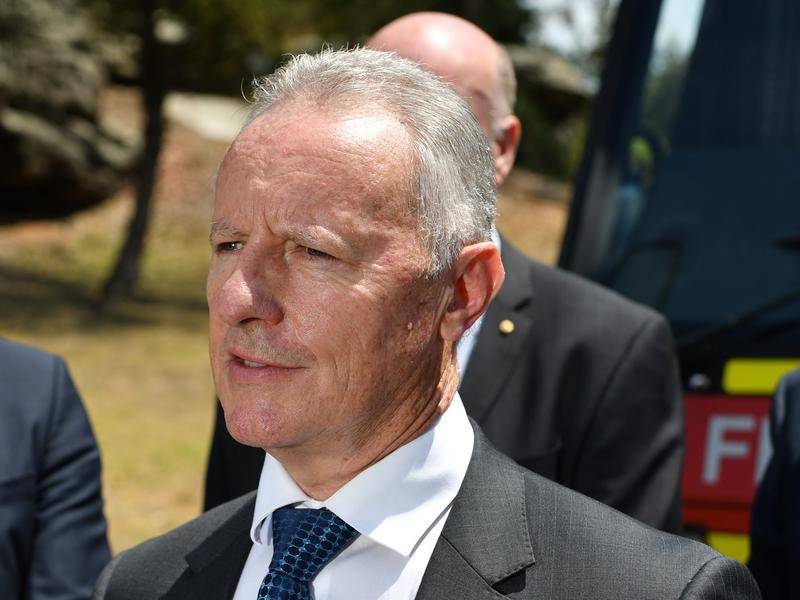 After the fires in 1994, Mr Mullins said the seasons became unpredictable which set the grounds for the devastation that was seen in 2019-2020.

Mr Mullins said the severity of that season is a prime example of the need to take action on climate change, though even now, he says it may be too late to make an immediate difference.

"If we take urgent action on climate now it's not going to stop the fire season getting worse, the Royal Commission said a lot of warming is locked in no matter what we do," he said.

"If we drive down emissions rapidly we'll have a chance at stabilising temperatures by mid-century and then gradually getting them down.

"But if we do nothing than the nightmare scenario will [make] the 2019 fire season feel exceptionally cool [by comparison].

"I dedicated my book to my two grandsons because I'm frightened of what the world is going to look like when I'm gone and they're adults," he said.

This story '2019 will be cool by comparison': Firefighter's climate warning first appeared on Newcastle Herald.