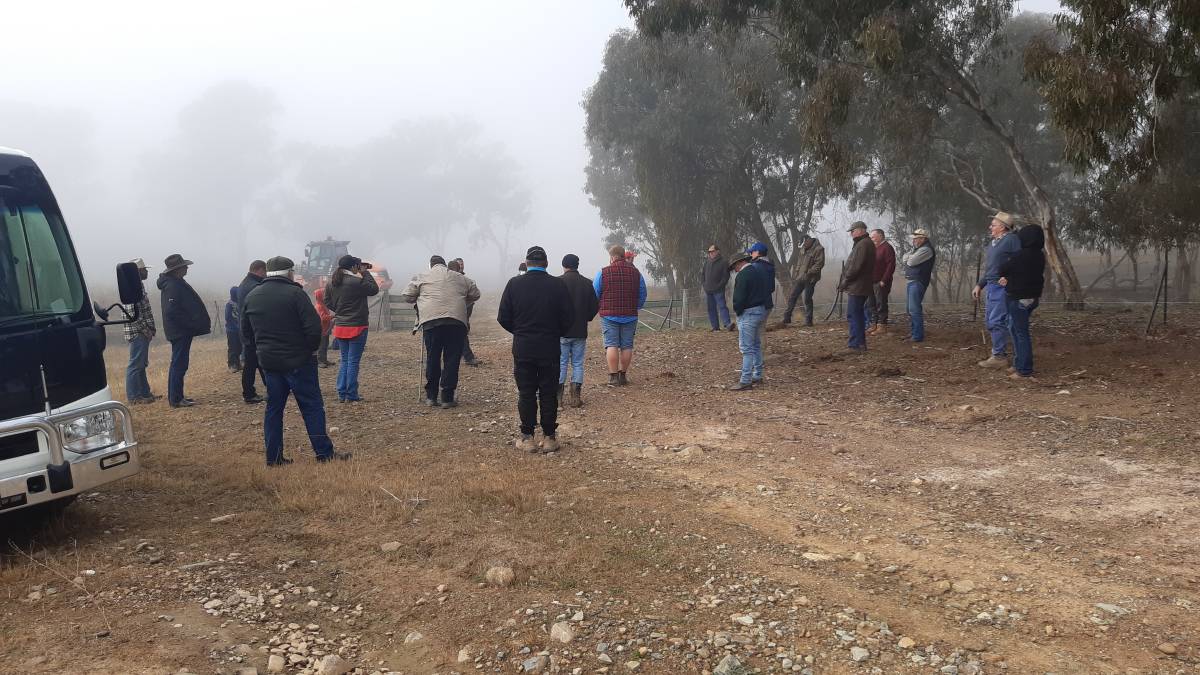 Each project aims to keep pest animals out of productive crops and pastures.

Producers who are involved are pleased with the results that have been attained so far.

Wild dogs, foxes, deer and wombats respect the exclusion fences in every case, while the thousands of kangaroos that live in our district are kept at bay.

One producer stated that he estimated that a neighbour's property supports about 2600 roos on about 2500 acres.

LLS is proving to be a great support to producers with feral pest animal problems, and staff are willing to discuss future projects with landholders. 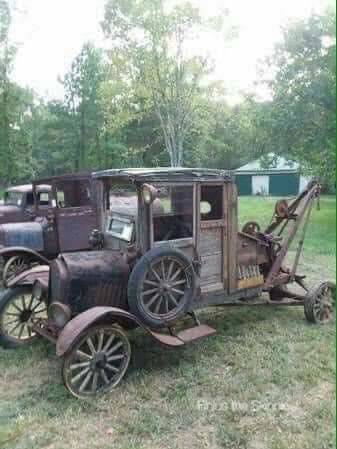 IT'S EVOLUTION: A forerunner to modern tilt tray tow trucks.

A YOUNG country man is hoping to buy a Subaru Brumby in good condition with reasonable kilometres.

He is as busy as a Beirut bricklayer, has a full-time job on a district property, and will pay cash for the right vehicle.

ANOTHER rainfall of 20 to 40 millimetres across the district has just about set up an early spring with barley grass giving useful feed for young lambs already.

Reports of scabby mouth in unmarked lambs are showing the importance of a vaccination program for every lamb on properties where the disease is known to exist.

Gas de-tailers for lamb marking operations are the order of the day on many properties and give a bloodless result.

Contractors who use the gas knife give a very satisfactory result when mark and mulesing and I think that at least 80 per cent of merino ewe lambs are mulesed in our district.

All the rivers run

THIS week's rain has also caused a strong stream in the Macquarie, Fish, Turon and Campbells rivers and every stream and gully is carrying crystal clear, running water.

Every farmer knows that 2020 and 2021 have been lovely seasons and memories of the early 1950s have come back to the dinosaurs of our industry.

We know that most of the flat country is waterlogged and that heavy rains to, say, 50 to 80 millimetres will run off and may test our levee banks as we turn from winter to spring.

When we remember that two-thirds of our nation's land mass is classed as arid or semi-arid we have to stop and appreciate the good years.

A report from Anthony Kidman to his uncle Sidney Kidman during the 1918-1920 drought brought grim news: "The stations north of a line extending East from Broken Hill to Wilcannia are in a state that history has never seen before. Neither black man or white man can remember a drought with such awful affects. Stations that used to carry 100,000 sheep are at present carrying only 6000 or so and other stations that used to carry 80,000 sheep don't have a hoof on them. We have completed two bores on Yandama station, one at 2200 feet struck a flow of 200,000 gallons per day and another got 150,000 gallons daily at 1800 feet."

Our country has survived many droughts and each has been called the worst ever.

AN ad in a catalogue for an upcoming on-property stud sale speaks of common sense: "Visitors enter the cattle pens at their own risk; children/prams are not permitted to enter the yards. We cannot cover every example of the dangers of cattle handling; we just request you use a little common sense and have your wits about you at all times."

CANDIDATES for local government elections in NSW are starting to line up with around 30 starters already being identified for Bathurst Regional Council.

I think that 42 people stood for the previous election and a lot of new people have come to live among us since then.

I must congratulate mayor Ian North on his election to the position and he may well be our civic leader into the future.

Ian has always been Bathurst to his shoelaces and has many ties with country residents in his work and as chairman of the Upper Macquarie County Council (weed control).

On Ben Fry's ticket we find Duramana farmer Charlie Dutton, who could become the voice of the farmer and village dweller.

BEFORE I wander too far from council news, we should look at the positions of Oberon, Blayney, Cabonne and Cowra shire councils as they have survived the failed attempt of the Baird State Government to force them to amalgamate with their neighbouring councils.

Well-organised protests from local ratepayers helped to defeat the proposals and candidates for elections to these councils must be grateful that local government is still local in their areas in September 2021.

HAVE you noticed an increasing number of Haval and MG passenger SUVs?

Dealers have good supplies of these Chinese vehicles, while sellers of Japanese, Thailand and South Korean brands have long waiting lists for specific models and colours.

MG sales have reached into the top 20 of sales for passenger cars in recent months and Haval, GWM and MG vehicles are finding satisfied owners.

We used to scoff at Isuzu trucks and Honda cars when they first appeared on our showroom floors, but both brands are now favourite choices.

WHILE there was some slight edginess going into week two of the selling season due to a 49,000 bale offering and also this being the last sale prior to the three-week recess, it was positive to see the market finishing on a stronger note.

Unfortunately, 17 micron and finer were up to 60ac easier, mainly due to there being a much larger offering of these types due to "held" wool coming on to the market along with fresh wool supply.

The 17.5 micron and finer moved into the positive zone, gaining up to 30ac/kg.

Once again, the better style, higher yielding, low VM types were most in demand.

Crossbred types also moved up this week. They lifted up to 40ac/kg, this being mainly due to a large European topmaker moving strongly on these types.

As we move into the three-week recess, traders seem fairly optimistic on the opening, with demand expected to build, shipments being able to be cleared and funds flowing back into exporters' working capital.

THE better a woman looks, the longer a man does.

A BED is where one good turn can get all the blankets.

FRED complained to his doctor that his wife of 45 years had lost the spark of romance, so he was advised to change his ways.

"Arrive home with roses and chocolates, hug her warmly and slowly, then carry her to your room. She will be surprised," he was told.

Next week, Fred reported to his GP: "She was surprised all right doc, and so were all the members of her bridge club."