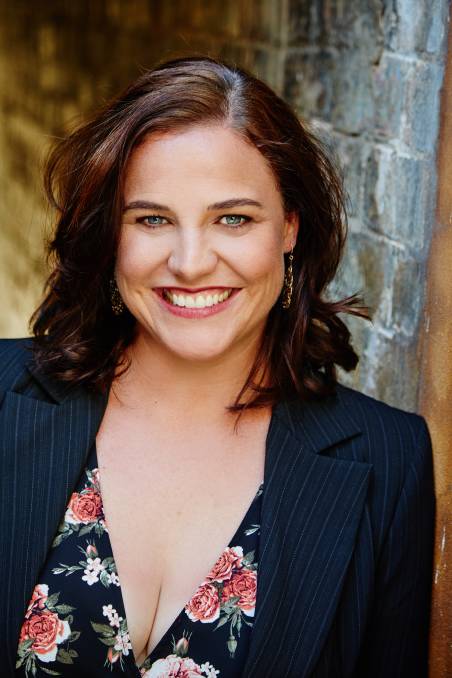 Nicola Moriarty says they grew up in a family where reading was valued. Picture: Sally Flegg

It's hard not to compare three of the main characters in Nicola Moriarty's latest book with the author and her two sisters, Liane and Jaclyn.

Between them, the sisters have written a score of books, appeared on best seller lists (sometimes at the same time), each carving their own path.

While Liane is undoubtedly the best known of the three - thanks to the successes of such books as Big Little Lies and Nine Perfect Strangers, and the subsequent television tie-ins featuring Nicole Kidman and Reese Witherspoon - it appears there's little rivalry between the three women.

In You Need to Know, Nicola introduces us to three brothers, Tony, Pete and Darren. Pete's making a decent living writing an adventure series for middle-grade readers; Darren, the youngest, has won a prestigious prize for unpublished manuscript; and when Tony throws in his job as an accountant to write a crime novel, there's a frenzied bidding war for the rights, and his advances see him with more money than his two younger brothers have ever made.

"I thought I might have a bit of fun with it," she says. "I wanted to make one of them a writer, and there's the old adage write what you know, and suddenly I thought why not make all three of them writers and draw that comparison."

Are her sisters reading the book and wondering which brother they are? Each has their own troubles and dark secrets?

"I don't think so, Liane and Jaci have both read the book and I don't think either of them were thinking it ... I think they're different enough, mind you I was pretty careful not to follow the order of who was published when or anything like that." 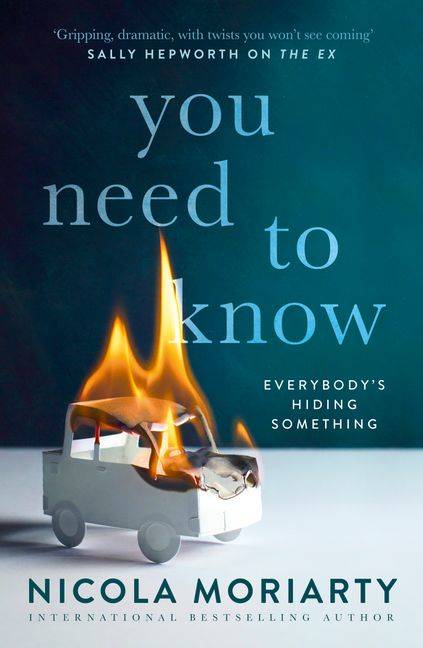 You Need to Know, by Nicola Moriarty. HarperCollins, $32.99.

Yet You Need to Know goes much deeper than the relationship between three brothers, their whole family is on display here. There's the matriarch Jill, penning letters to a husband and you're not quite sure what's happened; her three aforementioned sons and their wives and children; it's a dissection of the cobweb of relationships that, on one hand, keep families tied together; but on another drive them apart.

It's told from a few different perspectives. Mimi is married to Pete, holding everything together, pregnant again and dealing with a teenage daughter at the same time. A glass of wine, or three, eases her troubles. There's Jill, dealing with guilt over her husband, playing favourites with her sons, struggling with getting old and watching others move on. There's Andrea, Tony's wife, a school teacher, who wants children of her own, she thinks. And Darren, the youngest son, who's just broken up with his long-term girlfriend, and is struggling to make good on the next book.

"It keeps me interested as well," she says. "When I'm sitting there thinking about what happens next sometimes it's good to switch voices because it gives you new choices of where the story will go.

"I enjoyed writing in Darren's voice, he was such an easy-going guy, I liked him. But I think Mimi is most like me, I think a lot of women my age will identify with her."

Nicola says her books have changed since she published her first, Free-Falling, in 2012.

"Free-Falling was about a young girl and her fiance and it was around the time [when] I was just newly married.

"The characters have kept aging with me and I think that will keep happening, like we said, it's about writing what you know, what you're living through at the time."

Nicola lives in Sydney's north-west, with her husband and two daughters. The eldest has just started high school. She manages it all as best she can, but "I'm not very disciplined".

"I try though, I try to set myself up with planning software, for the books and the family, but I don't just seem to follow it."

She says a deadline is a big help, "I need that to motivate me", but she's usually writing while the girls are at school, sometimes, if she's on a roll, in the afternoons or late at night. "It really varies."

Her daughters, in a roundabout way, provided the inspiration for You Need to Know. When they were little she used to read them Pamela Allen's Who Sank the Boat? the story of a few animals who decide to go for an ill-fated row.

"I had this idea of, imagine what would happen if you came across a car accident and you discovered the people involved were your family, but I didn't know where to take it. 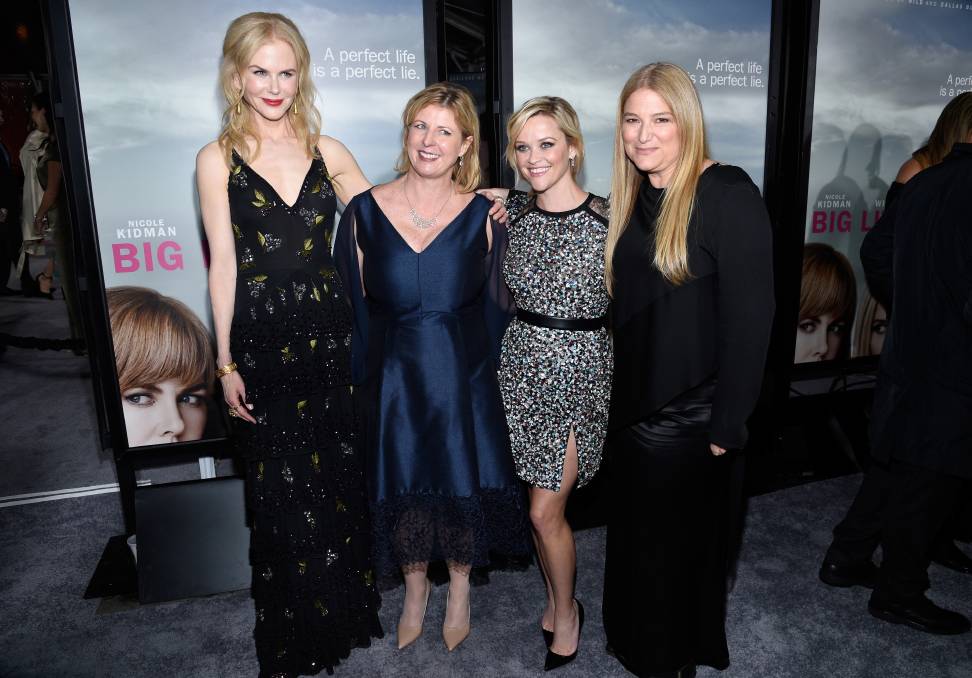 "And that line from the book, 'Who sank the boat ... was it the little mouse, the last to get in, who was the lightest of all? Could it be him' just kept going around in my head.

"I kept thinking who caused the accident, I was writing not knowing who it would be, I liked the idea of a mystery about why it happened, how it happened, unravelling this family to figure out what went wrong."

Does she ever take an idea to her sisters - it's been said family anecdotes belong to the one who uses them first?

"We always like to try to read each other's early copies, I'm often a bit late with my deadlines so I don't always get to get a copy to them before it's due to the publishers.

"I just had a read of Jaci's new one and I loved it and my youngest daughter just finished it as well.

"It's really nice to be able to have someone you can talk to either about ideas or about process or about the industry."

She says they grew up in a family where reading was valued. Nicola is the youngest of six, with four older sisters and a brother. Liane is 15 years her senior and was sometimes mistaken for her mother, albeit a young one, when she took her out.

"My sisters would all make up stories for me when I was little, they'd make me the star of the story, which I loved.

"Katie, who is not a writer, when I was learning to read, she would read Enid Blyton to me, and if I read the first page, she'd read me the rest of the chapter.

"And Liane would tell these stories that would just continue for weeks and she would stop each night and go; I don't know what's gonna happen next, to be continued, and then the next night, it would continue on. And I loved that."

With the three of them writing, Nicola says the comparisons are inevitable. Jaclyn was the first to be published, with Feeling Sorry for Celia in 2000; Liane's first book, Three Wishes, came out in 2004.

"I've definitely become better at handling comparisons and reviews, I've developed a thicker skin to that kind of critique over the years," she says.

"I figure they've both had years more experience than me and I'm so proud of what they've both achieved and how successful they are.

"I love being able to talk about their books, or talk about how Liane's book is being shot up at Byron Bay, or reading Jaci's latest and letting people know how good it will be once it's on the shelves.

"Over the years there have definitely been times where there have been reviews where a reviewer might directly compare us and years ago it might have worried me but now I can focus on my own writing and not the direct comparison."

So we won't see a book where there are three sisters, all writers, and someone steals someone else's idea and there's a murder?

"Actually, that's not a bad idea," she says.

Someone give Nicole a call.

This story This sister is doing it for herself first appeared on The Canberra Times.