WHEN the COVID-19 pandemic reached our shores in March, it was like nothing we'd seen before. Kids were sent home from school, houses were in lockdown and businesses were closed.

But despite the very uncertain times, many business owners looked to the future and used the lockdown as a time to re-evaluate their operations to put themselves in the best position possible when the recovery phase began.

That recovery is starting now.

Adam Isbester, manager of the Royal Hotel in Orange - part of a small family-run holding of seven hotels - said his industry had been "blindsided" by COVID-19.

"We were given two hours notice they were shutting every hotel," Mr Isbester said.

"We had to stand down 170 staff across the company.

"... Up until COVID, the only day we got off was Christmas Day." 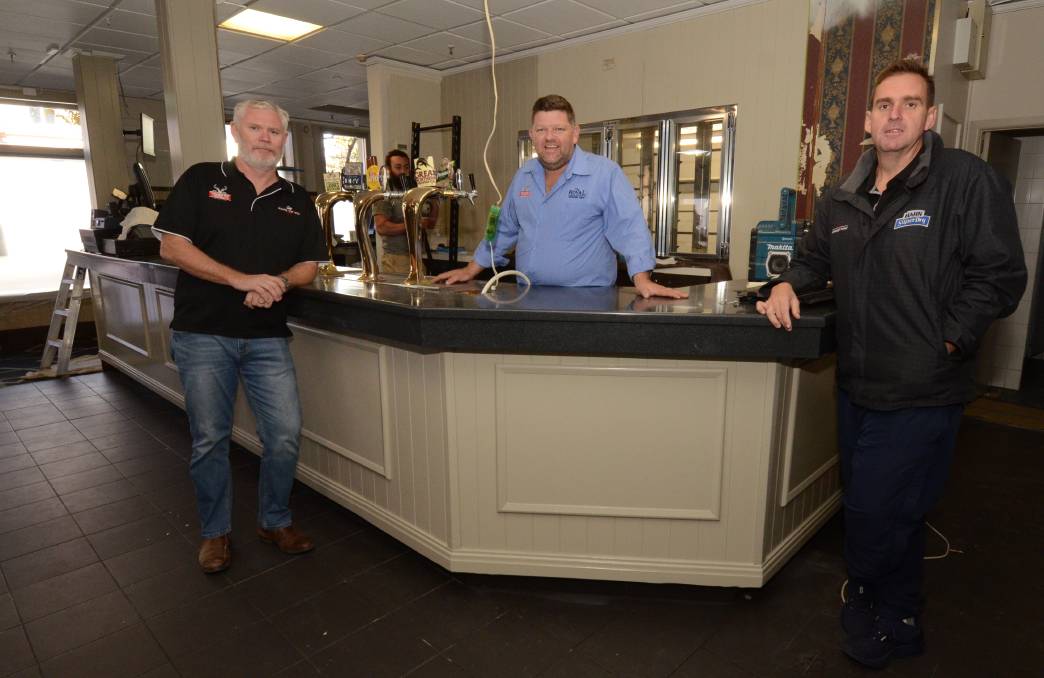 But Mr Isbester said the company he works for, MPK Hotels, decided that while venues were shut they would do what they could to make sure when they came back, their position was stronger than ever.

He said it was difficult to do much with a restricted cashflow but once the JobKeeper payments came through they were able to get their staff back.

"We taught them how to use a paintbrush and sand back walls," Mr Isbester said.

READ ALSO: Aussie dancer stranded on cruise ship in Caribbean for 70 days due to pandemic

"We've cleaned up the place, bought scrubbing brushes and paint and given the place a real lift."

He said he staff were incredibly supportive.

"They've been really good and I think they're really proud of what they've done.

We've cleaned up the place, bought scrubbing brushes and paint and given the place a real lift.

Adam Isbester, manager of the Royal Hotel in Orange

"There's a lot of satisfaction in cleaning a place up, you know, fixing that tile you've been meaning to get to," he said.

"Now it's looking fantastic, it's amazing what a paint job will do."

Mr Isbester said the easing of restrictions that came into effect on Monday was a major turning point for his staff.

"Our bottle-shop remained open and people were really great supporting us there, but they've been telling us they are really excited to be able to come back have a beer and a bet with mates," he said.

"The last eight weeks have been a challenge, it's so good to be on the other side of it."

Karla McDiarmid, who owns Macquarie Medi Spa in Bathurst and Orange, said that despite the challenges, COVID-19 had given her time for her to reflect on her businesses and the future. 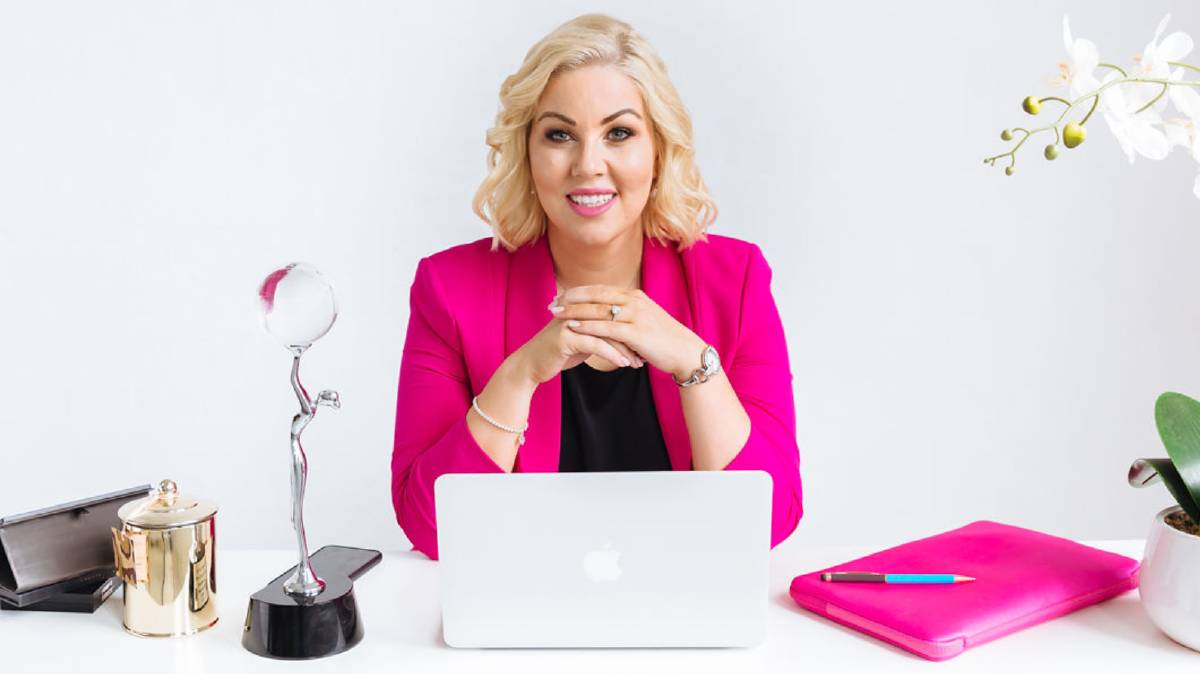 "It's been a rollercoaster to be honest but I've loved being able to get jobs done in the medi spas that we didn't have time to do," Ms McDiarmid said.

"It's also been great for team bonding working in smaller groups on rotating rosters while the team was all on JobKeeper."

Ms McDiarmid said she was fortunate to have the support of "amazing" suppliers.

"Our suppliers were extremely supportive in extending trading terms and flexibility so we could order our Sothys and Dermalogica skincare but not have to pay the suppliers straight away," she said.

"That was our saviour with retail being our only form of income."

Ms McDiarmid said she had been reaching out to staff and clients through social media for the past eight weeks, using the platform to stay connected and engaged with her clients.

It's been a rollercoaster to be honest but I've loved being able to get jobs done in the medi spas that we didn't have time to do.

She also took the opportunity to launch an online business training course, Secrets to Success, that she had been developing over the past year.

Ms McDiarmid had been holding off on its release but decided to launch in May because she had been inundated by other business owners asking for advice after seeing how busy the retail side of her business had become.

"I created Secrets to Success as I love helping other business owners to succeed in their businesses every day," she said.

"It broke my heart to see businesses closing their doors and hearing how owners could not even afford to pay themselves each week, yet some quick and easy tips can make all of the difference."

Look for creative ways to rebound IT'S easy to see the impact COVID-19 has had on industries across the Central West.

"You only have to look at the shopping centres to understand the broad impact this has had on the ability of businesses to keep operating," Western Region Institute [WRI] chief executive officer Kathy Woolley said.

Ms Woolley said the pandemic and ensuing travel restrictions had highlighted the value of tourism to the Central West.

READ ALSO: Concerns of a 'tsunami of gambling harm' after gaming rooms reopen

In the Central West alone, covering 10 local government areas, Ms Woolley said tourism generates about $590 million a year and the impact of the COVID-19 shutdowns have been felt across the board.

But the pandemic has also seen the region's resilience come to the fore with businesses exploring new ways to remain viable.

COVID-19 was a jolt in the arm for many.

Ms Woolley said the pandemic had also provided industries with an opportunity to stop and have a look at how they operate.

And the lesson to take from the past two months is to build on what they've learned.

"It really opened their eyes to a range of possibilities. Even before the pandemic, online shopping was having a significant impact on retailers but COVID-19 was a jolt in the arm for many," she said.

"Now is an opportunity for them to look at what they did about the threat of online shopping in the time they had to do it, and then learn how they will incorporate it into their broader business base as they reopen."

As for what the next few months might hold, Ms Woolley said it would depend on the industry.

"No doubt we will see a downturn in the June quarter and there won't be an immediate rebound," she said.

"We will require a stimulus from the business sector and government sector as well."

But Ms Woolley said the Central West's solid tourism base was which is a major advantage.

No doubt we will see a downturn in the June quarter and there won't be an immediate rebound.

"There are lots of major towns and two cities, there are a lot of strengths across the region, and this diversity gives an opportunity to look at how you work in a regional way," she said.

"We've proven ... we can work remotely and now we need to encourage people to move here full-time.

"You can work just as effectively from a lounge room in Bathurst as you can from an office in Sydney."

Resilient response to challenge of COVID-19 COVID-19 has seriously challenged regional businesses, it has also provided some opportunities.

Dubbo Chamber of Commerce president Matt Wright said the board had been in touch with about 70 per cent of its members and people were generally optimistic about the future.

"A lot of businesses are adapting to the situation; utilising technology, using Zoom, revamping a website," Mr Wright said.

"For many of them it has been a real opportunity to press the pause button and have a look at their business.

"Many of them have increased sales. I know the large department stores have done quite well."

Mr Wright said he had been surprised by the strength of many local businesses.

"Some of them have done really well and it's showing their bottom line," he said. "It just goes to show how strong business is in the city and how resilient people are. They've been resilient enough to come through this."

For many of them it has been a real opportunity to press the pause button and have a look at their business.

And many business owners used the downtime to prepare for the recovery phase.

"People were refreshing the inside of their business, doing some painting here and there, revamping or decorating," he said.

Mr Wright said the thing to come out of the pandemic was the importance of supporting local companies and finding creative ways to bring in money from outside of the city.

"We told people to get creative and we've seen some really funky stuff on social media. The way people have promoted their business has been amazing."

What do you think?