The massive operation that resulted in three men being charged over an alleged domestic-related arson and kidnapping shut down parts of Wilberforce and saw a huge police presence in the area, according to local residents.

Police were called to a property near Condobolin in the NSW Central West about 11am on Tuesday (October 9), following reports a man had been assaulted and his house set alight. 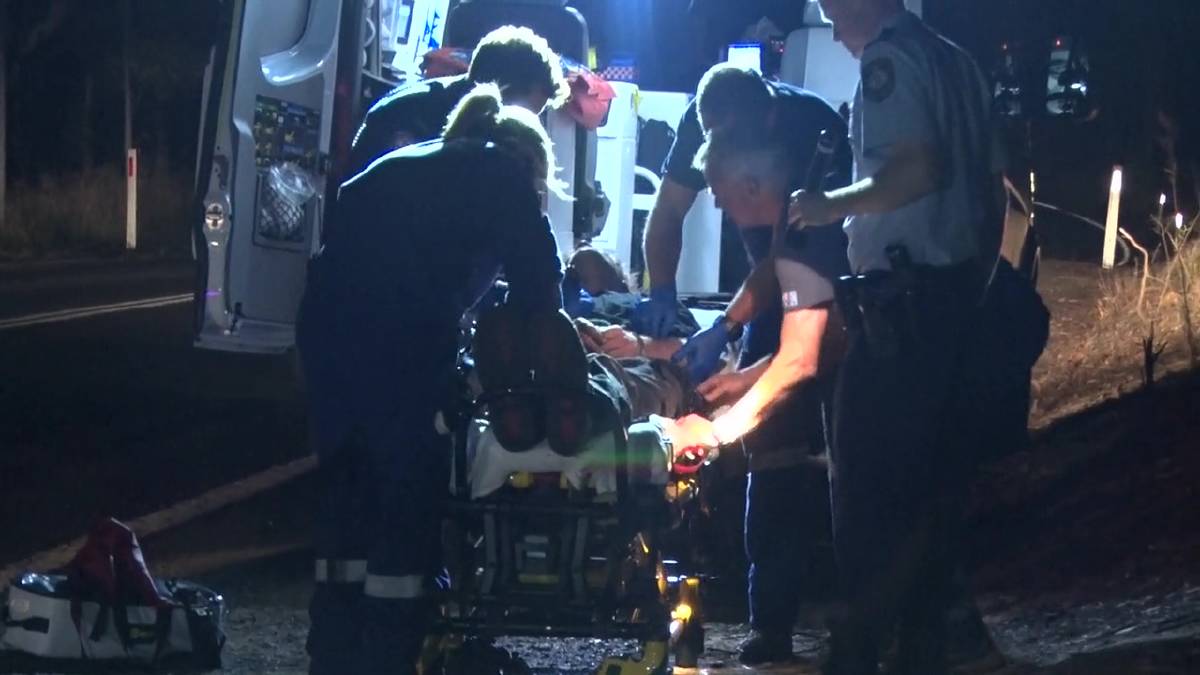 Treated: A man is treated by paramedics during the operation. Picture: TNV.

“Police will allege in court that three armed men forced entry to the home about 5.30am and assaulted the 68-year-old male occupant, knocking him unconscious, and deliberately set the home alight with him inside,” police said in a statement.

“The men then allegedly kidnapped the man’s partner – a 71-year-old woman, her 41-year-old daughter and two grandsons, aged 13 and 14.”

READ MORE: How police tracked down the three men in a statewide operation

“PolAir continued to monitor the vehicles and, about 7.15pm, the vehicles pulled over on Putty Road, near Colo, where the older woman and two boys managed to escape and alert a local resident,” police stated.

“Local police attended the home and took the woman and children to Hawkesbury Hospital as a precaution.

“A short time later, two men – aged 23 and 29 – ran from one of the vehicles, which was damaged, and were arrested near Sackville.”

Wilberforce resident Stephen Robinson said the area around his property was shut down by police between 7pm and 7.30pm.

“They shut down Wilberforce from Butterfly Farm,” he told the Gazette. “My property backs onto Bulls Ridge Road and there were police choppers there for hours … with spotlights searching. My nine-year-old son was excited by the helicopters.

“It got a bit scary for us because they said they were in Bull Ridge Road in the bush, and we thought we hope they don’t keep coming through the bush towards us.

“It went on for hours and I stayed up until midnight and they were still looking for them.” 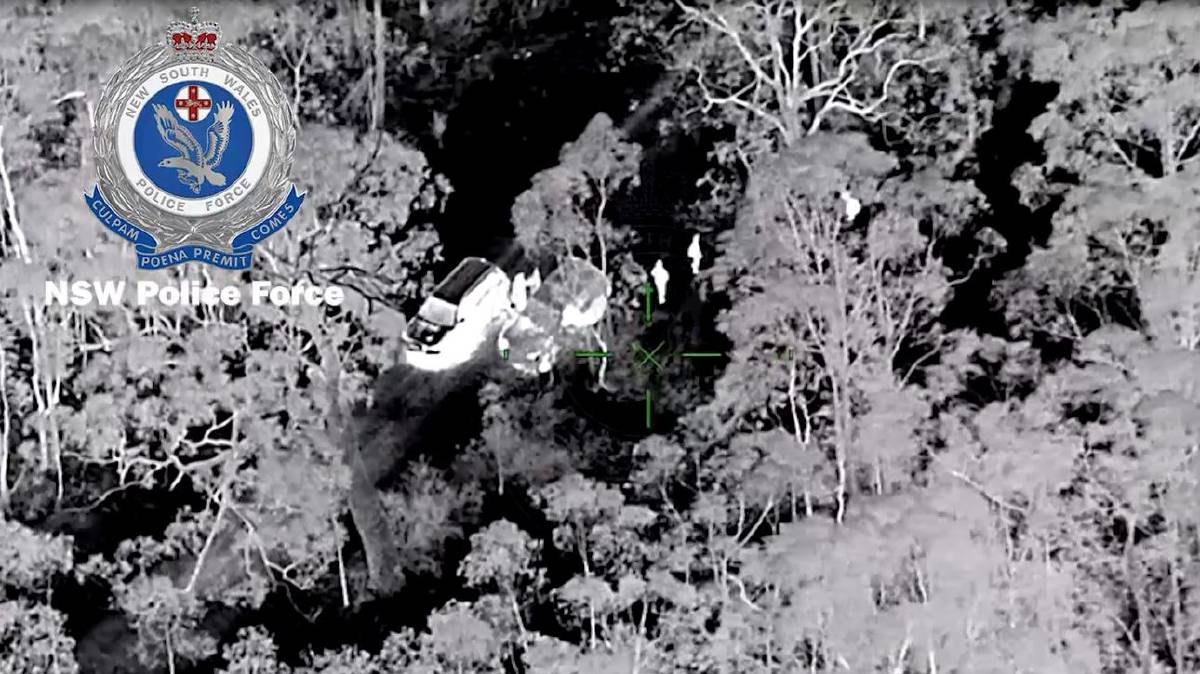 A man and a woman were located about 11.30pm by officers from the Tactical Operations Unit and Dog Unit, with the assistance of PolAir, in bushland near Blaxlands Ridge.

The 44-year-old man was arrested and taken to Westmead Hospital for examination before being taken to Parramatta police station.

The 41-year-old woman was taken into the care of local police and conveyed to hospital for examination before she was reunited with her family.

He was refused bail to appear at Parramatta Local Court today (October 11).

They were formally refused bail in Penrith Local Court yesterday (October 10), and are due to appear before Parkes Local Court on December 17.

Investigations into the incident are continuing, police stated.

The 68-year-old man was airlifted to Orange Base Hospital, where he remains in a stable condition.